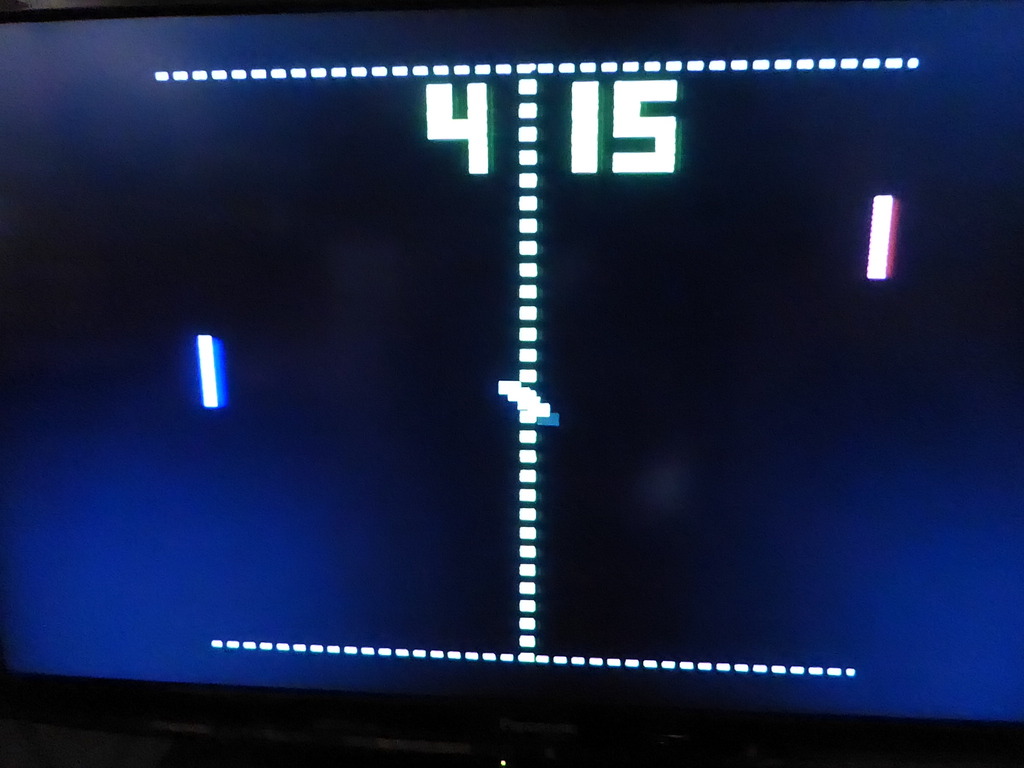 The year 2022 is the year of home computer anniversaries: As already reported, ATARI will be 50 years old, the C64 was presented to the public 40 years ago (1982). At the same time the Sinclair ZX Spectrum saw the light of day in England in the same year and the video game system Vectrex also celebrates its 40th anniversary in 2022.

However, one anniversary should certainly not be forgotten, namely the first commercial video game ever, which was released in 1972 by the American television manufacturer Magnavox together with the first home video game console Odyssey and which we know today under the name Pong.

Many actually associate Pong with Atari’s beginnings, when the young company set up the first slot machine in an arcade in California and, according to legend, the machine failed because the coin storage overflowed.

The actual inventor of Pong, however, is someone different: Ralph Baer developed a prototype of a ping-pong game similar to table tennis for the commercial television set as early as 1967. He called his game console “Brown Box”, because of its wooden look. He developed the device entirely on diode-transistor logic with inexpensive discrete components to make the eventual final product inexpensive and affordable for the average household budget.

Ralph Baer was born in Germany in 1922 and grew up in Pirmasens until the age of 16, when he and his parents were forced to emigrate to the United States in 1938 because of their Jewish ancestry. There he worked for a military supply company from 1955. Later, he had the idea that there had to be something else to do with the many TV sets in households than just watch TV. So he developed a device that made it possible for the first time to interact with the TV. This resulted in the principle of a game console with two controllers, where two players could compete against each other in a ping-pong game. The game principle was based on “Tennis for two”, which had already been developed for an analog computer in 1958 and used an oscilloscope as a screen. Ralph Baer’s game consisted only of two larger squares that served as rackets, a smaller square as the ball, and a vertical line in the middle of the screen as the net.
The controller could be used to move the paddle horizontally and vertically by turning two knobs with potentiometers. Furthermore, there was a third knob that could change the spin of the ball and a reset button. Baer developed the console to product maturity together with the television manufacturer Magnavox. Finally, in 1972, the game console called Odyssey was launched. In addition to the table tennis game, the console contained 11 other games based on the same principle, which could be changed using so-called wire bridge cards (the forerunners of the later game modules). Furthermore, there was already a light gun with which a so-called clay pigeon shooting could be played.

Nolan Bushnell, the founder of Atari, was also present at one of the first presentations of the game console. He was so enthusiastic about the game idea that he copied the table tennis game and implemented it as PONG for his first arcade game machine. This also led to a patent dispute between Magnavox and Atari because of the later Atari Home-Pong video game console, at the end of which a settlement was reached.

The Magnavox Odyssey was sold in Germany under license by ITT Schaub Lorenz. So Pong is also the first worldwide known telegame. Later, many replicas flooded the market, which were then already developed on IC basis. In my collection I have a Universum Multi-Game Color 4106 from the former mail order company Quelle in Fürth with an IC AY-3-8500 from General Instrument Corporation, which was produced from 1976 on and contained 5 Pong games and two shooting games. This chip was also used in many other clones. Thus, by the end of the 1970s, many video game consoles had already moved into living rooms at home.

Starting in 1977, Germany even had its own TV game show based on Pong, appropriately named “Telespiele”, which was broadcast by Südwestrundfunk (SWR). The implementation was made very funny, because the viewers in the hall had to use their voices to move the paddles while playing Pong. The presenter was the young and then still largely unknown Thomas Gottschalk, who later took off with his own music talk show “Na sowas” and finally achieved cult status as a TV entertainer with “Wetten dass …”.

However, the boom of Pong did not last long, because the game principle was very trivial. Atari quickly felt this in the strongly decreasing sales in the arcades. In the meantime, however, Atari employee Steve Jobs was commissioned to develop a new game. He was assisted by his friend Steve Wozniak, who was a much more talented programmer. The result was the game Breakout. Basically a one-player Pong, where you had to shoot a wall of colored stones with your paddle and a ball. The next arcade classic was born.

Nolan Bushnell of Atari best recognized the potential of home video games. The successor to the home pong console then became the now legendary Atari VCS 2600 with color graphics, sound and interchangeable modules. With the game Space Invaders, the boom of consoles really started at the end of the 1970s and founded today’s billion-dollar games market in the following 30 years.

Ralph Baer played a significant role in this with his idea of using the TV at home for video games. By the way, he later developed another legendary game idea: SIMON by Milton Bradley (MB), was a memory and skill game in which you had to replay an ever-lengthening sequence of four colors and sounds.