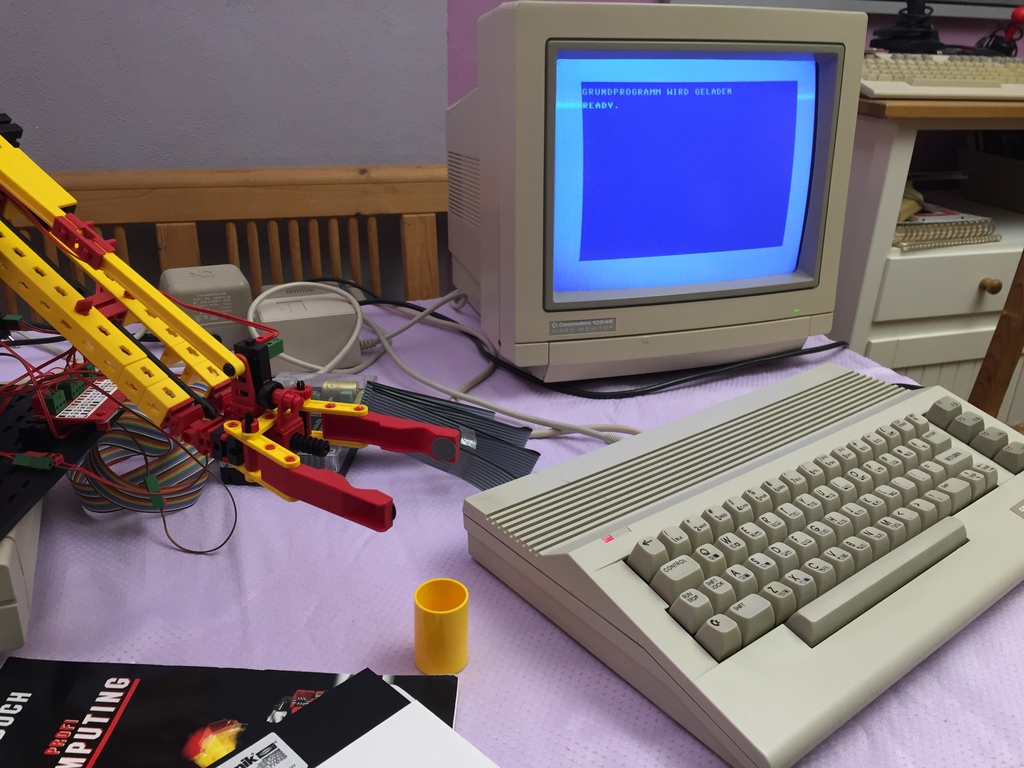 Sometimes it can be worthwhile to help with a move! As an active member it was clear for me to help when the office manager of the BN district group Bamberg asked me. After all, the move only took place within Bamberg. Out of a quaint old town apartment in Sandstraße, home to many pubs, bars and the famous smoked beer brewery “Schlenkerla” in the middle of the beautiful world cultural heritage.

The old offices were on the second floor, accessible via a wide wooden staircase with well-trodden steps. Over the years, a huge amount of files, documents and books had accumulated there, some of which were gathering dust in disarray on the shelves. A rather confusing thicket for an outsider, but the good souls of the office knew how to manage the chaos.

So when I arrived there on Saturday morning, there were already quite a few moving boxes ready for removal, which had already been filled in the days before. We organized the transport partly with our private cars, because the new office was only a few streets away “Am Kranen” in a likewise time-honored house.

While I was looking for my orientation in the confusion, I also strolled into the former office of the district chairman, who had unfortunately passed away only a short time before. As my gaze roamed the room, it suddenly lingered on a dusty beige box with a keyboard, which I immediately identified as a Commodore C64c. “Oh, that’s cool! The BN still works with computers from the 80s?” The office worker heard my remark and replied, “Nonsense! It’s just been sitting around for years, but Ludwig couldn’t part with it. It ends up in the bulky waste today!”

Thereupon I: “For the bulky refuse it is nevertheless much too good, leave it rather to me!” Since the office manager was happy about every part that didn’t have to be moved, she agreed, visibly satisfied. I asked her what the C64c was used for, and she explained that it was originally purchased to measure radioactivity because of the nearby Grafenrheinfeld nuclear power plant. Unfortunately the measuring station was no longer there, but nevertheless I was happy about the computer.

Knowing that the computer wanted to make the world a little bit better, I lovingly took care of the little box. I completely disassembled and cleaned it and also put it into operation every now and then. Unfortunately, the sound chip (SID) of the device was very quiet and the sound was very noisy. But for a long time I had no time/muse to take care of the problem. Only now I took up the topic again and researched on the Internet.

The C64c has a newer type of sound chip called MOS 8580R5. This chip is somewhat frowned upon among C64 fans, because the synthesizer sounds with it sound significantly different than with the original 6581 SID. The reason for the different sound is, that the chip was actually technically improved and thereby also quirks of the old type were eliminated, by getting rid of certain crackling noises. However, these unmistakable pops were also sometimes deliberately exploited by sound programmers for the sound production. That’s why some songs sound significantly different with the C64c than with its predecessor.

However, it was important to me to get a reasonable sound in the first place.

Initially I thought that the SID chip must be defective, but then I stumbled across an article on the Internet that identified other causes for my problem (https://ist.uwaterloo.ca/~schepers/MJK/no_sound.html). It was worth a try because the components were cheap to get and easy to replace.

The measurement of the CR7 diode showed the correct voltage of 9V, so I made myself first about the transistor Q3. This is a bipolar transistor 2SC1815 which was quickly replaced. At the same time I also soldered a blocking diode to protect the components better against overvoltages.

For testing I put the 8580 SID chip back on its socket and loaded a sound sample. To be on the safe side, I measured PIN 28 of the SID socket (while sound is playing) to make sure that there is really only 9V there. Unfortunately the computer didn’t make a sound with it. Hmm, so it’s the diode after all? Or maybe the SID itself is defective? Unfortunately I didn’t have any SID of the same type left to check this, but only two 6581. With the 6581 you have to know that it was used in the older boards with 12V voltage, whereas the 8580 can only handle 9V voltage. So it is a bad idea to put an 8580 into an old board, because the too high voltage would kill the chip. But the other way around there is no danger. So I could dare the experiment and so I plugged the 6581R4AR into the socket without further adjustments. Tara! Loud and clear and without any noise Chris Hülsbeck enraptured me with Over the Top! Bingo! Obviously the older SID chips also feel at home in the C64c.

The schematic of the board assy. 250469 says that you need some other condis and one resistor more if you swap the 8580 for the 6581, but for me the whole thing worked completely without any further adjustments. I actually only changed the transistor. Only unfortunately my 8580R5 seems to be defective after all. On the other hand, the sound with the 6581 is simply softer and more original. In addition, the lower supply voltage of 9V has the positive effect that the chip does not get so warm. Therefore I am actually quite satisfied with my repair.